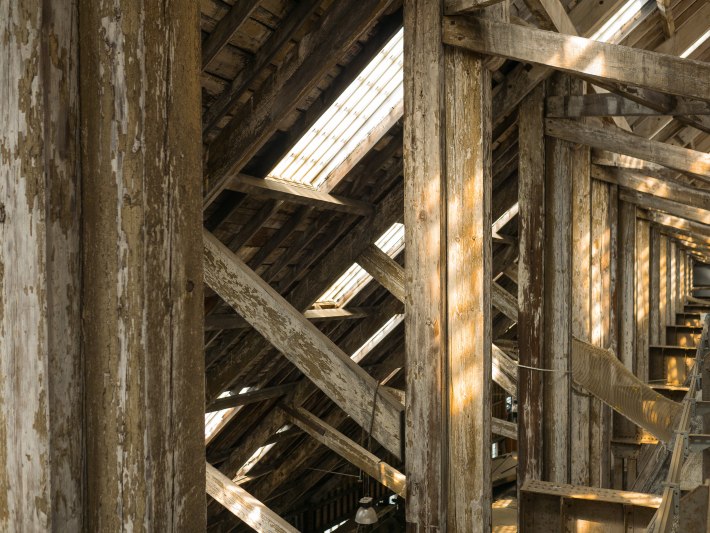 Sarah Jessica Parker is a celebrity with a perfume line. Strangely however she has managed to have her scents (not all of them) taken seriously. Her first perfume, Lovely, is considered one of the best, if not the best, celebuscent ever released. Blame it on Chandler Burr’s depiction of the creative process in his book, blame it on the way it smells or even on Sarah Jessica Parker’s actual involvement in the creative process, Lovely is actually respected by perfume lovers and has survived the black waters of oblivion all celebrity perfumes are heading to, sooner or later. According to Fragrantica there are currently 233 celebrity perfume lines (not individual perfume releases). The purpose of releasing  a celebrity scent is actually akin to name-dropping: impress with the futility of publicity. Going quickly through the list of celebrity perfume brands however, made me think that the whole concept has gone completely wrong, even for something as superficial as name dropping. About 70% of the names had me scratching my head trying to figure who that person could be. Dead celebrities abound as well as reality game-shows participants. This effect of celebrity dilution can easily account for the sharp decline of the celebrity perfume market in the US from 12% of the market in 2012 to just 4% in 2016. The other problem of course is that the concept of celebrity has also changed. From excelling at something, even if that something is merely *glamour*, the definition of celebrity has broadened, or maybe sunk, to include fame through obnoxiousness. Justin Bieber’s perfume releases have been held responsible for the 26% stock drop of Elizabeth Arden cosmetics, although I believe that poor creative standards are also responsible.

News of the new SJP perfume release got me really curious about the scent when I saw that it would be gender-neutral. My interest was further inflamed when I saw the bottle, a simple decanter more suitable for high-end bourbon than perfume. Gone are the girly curves of Lovely and Covet from the packaging, which made me wonder about the curvaceousness of the scent itself. Stash is arid. If Lovely drew inspiration from Sarah Jessica Parker’s bohemian-chic personal (an courtesy of Carrie Bradshaw) wardrobe, Stash reflects more her elongated, angular face. A brief, dry citrus and black pepper accord segue into a dusty, delightfully musty heart of green-hued resins. Most of the mid-phase development is marked by the smell of mastic, a bitter, light and somewhat throaty note, the olfactory equivalent of Lauren Bacall in to “To have and to have not”: the sparkling freshness of nineteen years coupled with a cigarette deepened voice. Sandalwood and clean musks finish the base accord. The official site includes pistachio in the notes and I think some disambiguation is in order. Pistachio obviously does not have a distinctive smell but rather a general nuttiness with hints of bitter almond. What I do smell is actually mastic, the resin from the plant Pistacia lentiscus. Pistachio tree is scientifically named Pistacia vera. Obviously both plants are related but their olfactory properties are completely different. Mastic tears are a wonderful and rare spice used sparingly in Greece and Middle East to flavour breads and deserts with its indescribable, bitter, warm, slightly incensy aroma. In perfume mastic is showcased in Acqua di Biella Ca’ Luna, Baruti Berlin im Winter and I also get a mastic vibe from Voyage d’Hermes although neither mastic, nor the confounding pistachio are listed. If you are familiar with Ca’ Luna or Voyage d’Hermes you get a pretty good idea of what to expect from Stash SJP. It is dry but fresh and intoxicatingly abstract. Halfway into the development it suddenly warms up and blooms into a warmer, woodier scent but it remains throughout a scent that does not resemble anything and feels very familiar at the same time.

Researching her previous releases I came across this piece written by Chandler Burr on her first perfume, Lovely, and this excerpt stuck out, as she describes her own, home-made, fragrance layering combination:

Her scents. “O.K.,” she says with a smile. “The first is Bonne Bell Skin Musk.” American drugstore perfume, its cheap kitsch wonderful. (She looks over at James, realizing what he is softly singing. “In our yellow,” she sings, filling in the next words. “Submarine,” he sings back to her, completing the line.) Next, she hands me a vial of the Egyptian oil. I apply it on top of the Bonne Bell. The third is Comme des Garçons Incense Avignon: smoky, heavy, dark, perverse, slightly brutal. The three together are powerful and strange. She inhales the crepuscular musk mix on my arm. “Lovely is, precisely, what I hoped for,” she says calmly. “If I get the opportunity, my next scent will be genderless. Fuller. Riskier.”

But then, this happened:

Parker gave her really dirty, really sexy idea to Walsh, and Walsh chose Parker’s perfumers, Clement Gavarry and Laurent le Guernec, two young Frenchmen based in New York at the giant scent maker International Flavors and Fragrances. Gavarry and le Guernec built the first draft of Lovely. “And guess what,” Parker says grimly. “The oiliness bothered me. And also I’d wanted my scent to be genderless, but they noted that my first time out, a feminine is so much more classic. And my dirtiness instinct gave Catherine pause. She said: ‘Listen, you need to think about whether you can sell this to women. The market very well might not follow you there. Yet.’ And I thought, My God, so what do I do now?”

Apparently Lovely was not what Sarah Jessica Parker was hoping for. With Stash, she seems to be going back to her perfume cabinet. Her own layering experiment with three fragrances she kept in her stash and was supposedly the starting point for Lovely must have smelled much closer to Stash. The Incense Avignon inspiration is particularly evident, not because Stash is characterised by incense but more because its general disposition is very close to the Comme des Garçons aesthetics: dry, stern and geometrical. You will not find even the slightest hint of girliness in it. Her initial idea of a genderless perfume has been fully materialised. This is a fragrance for men and women alike, elegant and soft but not characterless. Her aspirations of dirtiness are still left out in this project however, unless we decide to define dirtiness in more North American than classic European terms. The musks are clean, not urinous, and there is an element of scotch whisky fumes or a damp mustiness that apparently were employed to materialise her idea of a dirty perfume. Somehow Stash is much more Sarah Jessica Parker than Lovely ever was. Despite the fact that Carrie Bradshaw has stuck on her like second skin, I have never helped seeing a rather masculine side on her. Her cast in stone, elongated face (am I the only one who thinks she looks a lot like the late Mona di Orio?) is too much forceful and faulty to identify with the frail Candace Bushnell character and I think the only way she has managed to pull it off is through her acting skills. I am waiting for the day she will eventually launch her true favourite perfume, with oodles of dirty musk, and also the day she will muster the guts and production money to play a truly dark, bitter, complex character. Till then, we will have to do with Stash. It is already available in the USA and UK and I am ready to put my money on the Hair and Body Elixir format, an oil that I am sure will help the composition glow warmer and stronger. I am sure the oil format will give it a bit more oomph, the lack thereof is my only complaint. That is provided I find someone in the UK willing to buy it for me and be the mule (seriously! contact me if you are up for it)

Stash made me think that Sarah Jessica Parker has finally come of perfumista age and has stepped away from the celebuscent market into that tiny, elusive, celebuniche wedge. Not because her new perfume “smells like a niche perfume”, that would be silly to say. There is no single characteristic that separates niche and mass market releases. In her case, “niche” refers to those few, eclectic celebrities who have decided to get intimately involved with scent creation. Alan Cumming and Richard E.Grant to mind. Eleven years after the launch of Lovely, Sarah Jessica Parker returns to her perfume cabinet and insists on having another go at the idea that got her originally interested in launching a perfume. And this time she is scenting us with something interesting, beautiful and more personal. Well one Sarah Jessica!

It is not absolutely clear whether Leurent Le Guernec and Clement Gavarry are officially the perfumers behind Stash. Parfume lists them as such and I am referencing them here because of the similarity of Lovely‘s (composed by those two) starting point according to SJP and the end result of Stash.

Scientifically minded but obsessed with the subjective aspect of things. Photos copyright of MemoryOfScent, with special thanks to Pantelis Makkas http://pantelismakkas.blogspot.com/. You are welcome to link to my blog but you are definitely not allowed to copy text or use the photos without my permission. All text and main photos are originals and property of MemoryOfScent All perfumes are from my collection unless stated otherwise.
View all posts by Christos →