KenzoAir: The Vetiver of Happiness 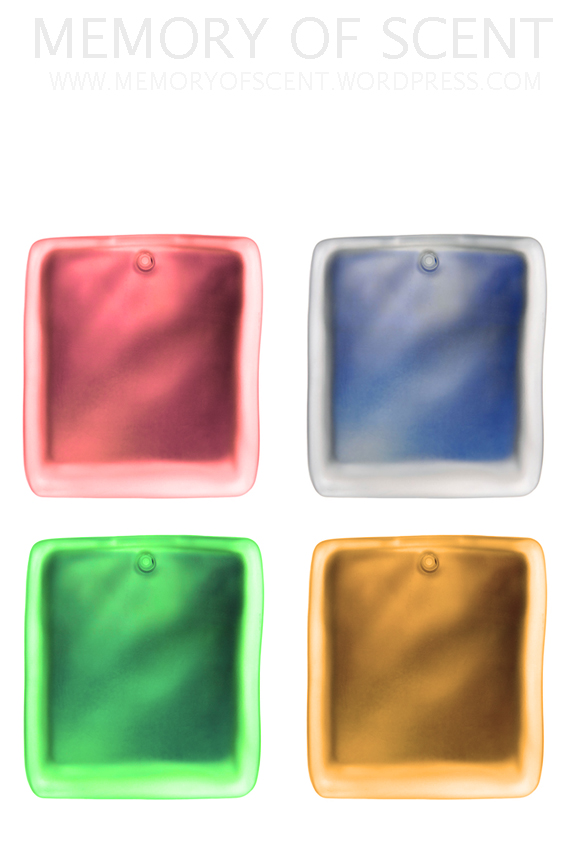 I have a bottle of KenzoAir purchased a little after 2003 when it was released and I treasure what little is left in it. It is not exactly discontinued but is in this limbo where fragrances are either rarely found cheap on discount stores or expensive on ebay. Every time I wear it it puts a big smile on my face. Much like the design of the bottle, it feels like opening a window on a bright spring morning. The opening of lively bergamot zest packs a sweet kick stating the intentions of the composition. And it lasts quite a while. But then vetiver kicks in and it’s the same silky vetiver I love so much in Encre Noire and even Sycomore, if I dare say. Vetiver in this sense does not smell earthy or herbal but silky, refined, streamlined. Just as citrus leaves the scene aniseed makes an entrance. And what a beautiful partner to the silky vetiver that plays the main part! Aniseed is high pitched, slightly metallic and very invigorating. It is just what the doctor ordered for the silky but detached vetiver note.

As I said Kenzoair is very similar to Sycomore. I cannot but admire the brilliant, bright vetiver note of Sycomore but for some strange reason I cannot get emotionally involved with it. It is too perfect, too self centred and it has every right to be so because it is just perfect! But perfection is not enough for s spring morning, when the cool air smells  of new life and the expectation of good times is everywhere around me. For days like these I want KenzoAir to give me this lift of bergamot and aniseed, its sense of open air and its cool vibe.

KenzoAir shares the same genes with Encre Noire as well. But Encre Noire takes the silky smooth vetiver note and builds on its elegance and urban facet. If KenzoAir is a cool spring morning with the breeze against my face, Encre Noire is an urban evening, full of style and sophistication.

While Sycomore feels like a BMW Z8 (“I have arrived”) Kenzoair feels like a FIAT Brchetta (“I have fun”). Both cars are essentially based on the same shape and the same idea. What separates them? Several hundred thousand euros. While I appreciate the beauty in both of them I cannot help but be moved by the cheap, less perfect but happier Barchetta. It somehow invites me and my imperfections. I need all the small beautiful elements around me, the citrus, the aniseed, the happy disposition. One perfect note cannot make me as happy as a beautifully executed, less exuberant accord. But then again this is just me.

Kenzoair is rarely acknowledged as a great vetiver scent and I was happy to see it mentioned in the excellent Vetiver series of Nero Profumo, a brilliant reference series of posts on vetiver. It introduced the idea of an urban vetiver in 2003, several years before Sycomore and Encre Noire did and for a fraction of their price. It probably came too early to reach the stardom of both its descendents but it is still out there if one wants to know were it all begun. The tagline of the add campaign was “Oubliez de s’inquiéter” – Forget to worry- and it manages to convey the feeling of perfection in imperfection: I know that I am not perfect but it feels so damn good being me. The essence of happiness.

Scientifically minded but obsessed with the subjective aspect of things. Photos copyright of MemoryOfScent, with special thanks to Pantelis Makkas http://pantelismakkas.blogspot.com/. You are welcome to link to my blog but you are definitely not allowed to copy text or use the photos without my permission. All text and main photos are originals and property of MemoryOfScent All perfumes are from my collection unless stated otherwise.
View all posts by Christos →